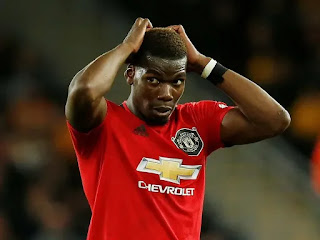 Manchester United midfielder, Paul Pogba, has said that he does not want Liverpool to win the Premier League title, but admitted they would be deserving champions.

“As a Manchester United player and with the rivalry between us, we don’t want them to win the title.

“We don’t want anyone else to win apart from us, but as a football lover and a respectful player to opposition team, I have to say that they deserve to be where they are today,” Pogba told ESPN.

Pogba has not played for Manchester United since December 26 because of injury.

The World Cup winner has been linked with a move to Juventus and Real Madrid.