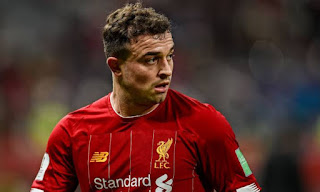 Liverpool have turned down Roma’s loan offer for attacker Xherdan Shaqiri, according to reports.

The Serie A outfit had been targeting Shaqiri as a replacement for Nicolo Zaniolo, who sustained a serious knee injury in the 2-1 defeat to Juventus on the weekend which has ruled him out for the rest of the season.

And according to Sky Italia, Roma called Liverpool on Monday to ask if they could take Shaqiri on loan until the end of the current campaign.

However, Jurgen Klopp rejected the loan bid as he does not want any of his senior attacking options to leave this month with Liverpool looking to wrap up their first ever Premier League title.

That’s despite Shaqiri struggling for game time this season as Liverpool’s deadly attacking force continue to go from strength-to-strength. 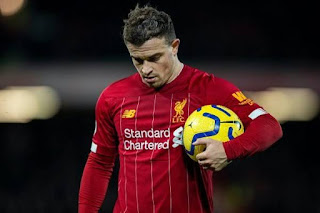 The Switzerland international has played just 90 minutes once this season during an injury-hit campaign – featuring for just 256 minutes in total in all competitions.

READ ALSO   About The attacking formation you don't realise Liverpool are playing, and haven't seen before

Furthermore, the January arrival of Takumi Minamino from RB Salzburg has made Shaqiri’s task harder to get more minutes for Liverpool this season.

The Anfield outfit snapped up the signing of Minamino for a cut-price deal of just £7.25million after shining in the Champions League group stage against the holders.

Liverpool are on course to finally claim the Premier League after being agonisingly pipped by Manchester City last season.

Klopp’s formidable side currently sit a massive 14 points clear of second-placed City, and have a match in hand.