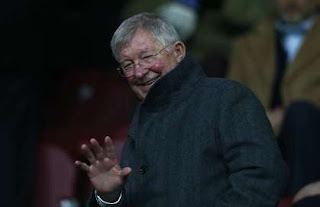 It was another embarrassing night for Ole Gunnar Solskjaer’s Manchester United on Tuesday as they were comfortably beaten by rivals Manchester City at Old Trafford.


In their Carabao Cup semi-final first leg, City stormed into a 3-0 lead before half-time and threatened to humiliate United in their own backyard.

It was a wretched performance from the home side in the opening 45 minutes and the tie looked over – despite it only being a quarter of the way through.

And it was all too much for the legendary Sir Alex Ferguson.

Ferguson, who led United to 13 Premier League titles during his incredible managerial reign, was in attendance in his role as Global Ambassador for the club.

But when the half-time whistle sounded with United 3-0 down, the Scot had no interest in pleasantries.

According to the Daily Record, he couldn’t bare to face anyone and headed straight to his office by himself where he calmed down with a glass of red wine.

While other club officials mingled with City’s top brass in the executive lounge, Ferguson wanted some alone time.

A club source said: “The directors lounge wasn’t a good place to be at half-time from a United point of view.

“All Sir Alex wanted to do was go straight to his office. He couldn’t face anyone and was determined to be somewhere else, while Mr Woodward just had his head in his hands.”

Ferguson would have been satisfied with what he saw in the second-half, though.

Marcus Rashford scored the only goal of the second 45 minutes as he gave United the slimmest of hope of progressing to the Carabao Cup final.

Ferguson may need more than just a glass of red to get him through the 90 minutes at the Etihad, though…