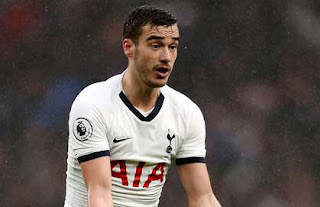 Manchester United are in dire need of midfield reinforcements.

With Scott McTominay and Paul Pogba both sidelined for their last two games, Ole Gunnar Solskjaer’s men have looked totally devoid of inspiration in the middle of the pitch.

The Athletic report that the club have at least identified a target for the January transfer window in their problem area – Tottenham’s Harry Winks.

United are hoping to tempt Winks, who suffered a knock to the ankle in Sunday’s 1-1 draw with Middlesbrough in the FA Cup third round, to the north-west and senior figures have been discussing his potential.

The England international became a key figure at Spurs under Mauricio Pochettino but has started just four league games since Jose Mourinho arrived in November.

Ironically, the turning point seemed to be his pairing with Moussa Sissoko in the 2-1 defeat to Mourinho’s former employers at Old Trafford.

On two occasions since, the 23-year-old has been left on the bench even when Spurs have needed to replace a central midfielder.

According to the Athletic’s report, United are not the only team weighing up whether he could be lured from the Tottenham Hotspur Stadium.

Manchester City have likewise been impressed by Winks in a deeper role and see him as a possible successor to Fernandinho.