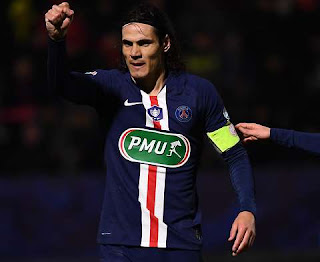 Manchester United could flex their financial muscle during the January transfer window.

The Red Devils have been blighted by inconsistency this season, winning at the home of the champions one minute and then losing to the team bottom of the table the next.

So, Ole Gunnar Solskjaer could do much worse than splashing the cash before February and Gary Neville is just one of the experts that believe United need to make changes in key areas.

“They need a striker, they need two midfield players, they need a left-back – they need five or six signings,” the United legend told Sky Sports in late November.

And it’s the need for an out-and-out striker which is arguably highest on the priority list, even if Marcus Rashford is enjoying his most prolific season and Mason Greenwood is coming through.

The club never really addressed Romelu Lukaku’s exit in the summer, which is nothing to be ignored when the Belgian scored 42 goals in just two seasons. 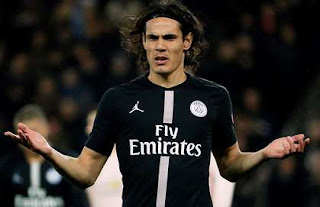 But fear not, United fans, because it seems as though the club is in the hunt for one of Europe’s most prolific strikers of the last 10 years.

That’s because French newspaper L’Equipe are reporting that United are in the hunt for Edinson Cavani, who almost certainly won’t be renewing his contract at Paris Saint-Germain.

Competition from Atletico and Chelsea

As a result, Cavani will become a free agent upon the deal’s expiration in June and he’s free to speak with fellow European clubs in January.

The report claims that United have already made ‘initial contact’ and could lodge an initial offer ‘if it appears that they will qualify for the Champions League next season.’

However, there are a few obstacles to contend with.

It’s also reported that Cavani has a pre-agreement with Atletico Madrid, although he’s yet to put pen to paper, and Chelsea have also filed a ‘formal enquiry’ after emerging from their transfer ban.