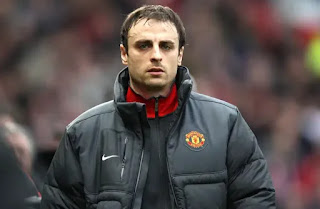 Former Manchester United striker, Dimitar Berbatov, has urged the club’s manager, Ole Gunnar Solskjaer, to stay positive and have control over the Red Devils’ squad ahead of his side’s Premier League clash against Norwich City on Saturday.

Solskjaer’s side are have won just eight out of their twenty-one Premier League games so far this season.

They currently sit in the fifth position on the Premier League table with 31 points from 21 games.

“It doesn’t matter who is in charge, every manager in this position, producing the same results, is going to get criticised,” Berbatov told Betfair.
“It is the easiest thing in the world to do, everyone can criticise.

“Sometimes, you need to take it and try to figure out where you have gone wrong and sometimes it’s not necessary. The manager needs to stay positive and give that vibe that everything is OK and that he has it under control.

“I can imagine that Ole is angry and the moment and I’m sure he’ll show that in the dressing room, but sometimes you have to stay cool, professional and polite to show that you are in control of things.”