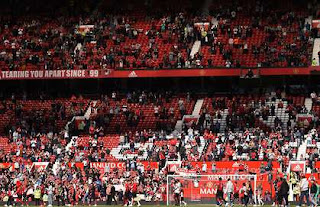 It’s fair to say the Carabao Cup isn’t too high up in the list of priorities for many sides in the English Football League.

You can’t exactly blame them, either.

Do we really need a secondary cup competition in this country?

France recently decided to scrap their League Cup and many fans believe England should follow suit.

However, tonight, the competition sees a rather big semi-final between Manchester United and Manchester City.

And this two-legged tie between the pair should be no different.

It doesn’t get much bigger than a chance to beat your biggest rivals in a cup semi-final to reach the final at Wembley. 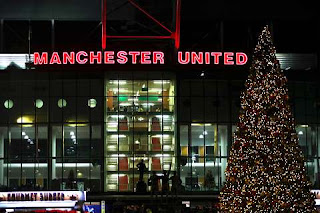 However, it seems many United fans aren’t exactly excited at the prospect of facing City at Old Trafford tonight.

That’s because they’re struggling to sell out ahead of kick-off.

There are loads of empty seats available to buy on general sale on the club’s official website, estimated to be around 3,500.

Some of those tickets are priced at a costly £66 and with it just coming after Christmas, many have decided they simply can’t afford it.

But attendances  at Old Trafford have been dropping in recent years. 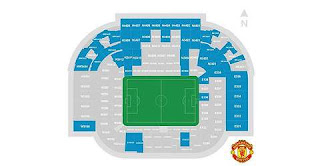 This season, though, the highest attendance the club has achieved is 73,737 for October’s clash with Liverpool.

After their recent Premier League victory against City, you’d expect a few more United fans would be desperate to witness another potential derby victory.

Instead, you might see a few empty seats during tonight’s clash