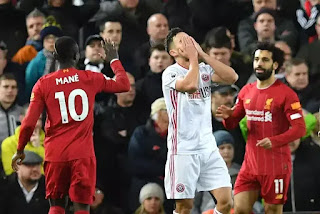 According to BT Sport, the win over Sheffield means Liverpool completed a total of 969 passes against the Blades, the highest pass completed by a team in a single match in the Premier League history.

The Reds are now 13 points ahead of second place Leicester City on the Premier League table.

Jurgen Klopp’s men have won 19 matches out of their 20 Premier League encounters.

The UEFA Champions League winners are now arguably the favourites to win their first league title since 1990.

They will tackle Tottenham Hotspur in their next Premier League fixture on January 11.