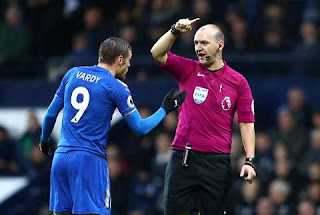 Bobby Madley was once one of the top referees in English football.

But that all changed when he was dismissed by the Premier League in August 2018.

Many rumours circulated about the reasoning behind Madley losing his job.

And he has now revealed the truth behind his sacking in an emotion filled post. It’s a very long one, but we’ve detailed the major parts below.

“As the decade ends, I feel it’s time to let the past go now. Time to speak about what happened over the last 18 months that led me to reach the darkest places I’ve ever been to,” he begins. 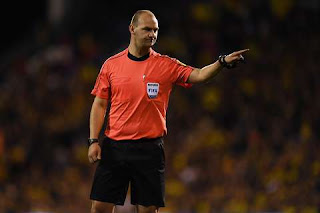 Madley then goes into details about all the false stories that were written about him.

“It was reported when I left the Premier League in August 2018 that I had relocated for personal reasons. True to a degree. The personal reasons however were never confirmed,” he continued.

“Rumours began to appear on Twitter that the reason I left is because I had been filmed having sex with a dog. I have to say I found this hilarious to begin with that people would somehow arrive at that conclusion.

“The more the day went on the less funny it became. Suddenly people were taking this seriously and now copying the story to the police on twitter saying I should be investigated. Others stated they had seen the video themselves and that I was disgusting and should be arrested.

“People have no idea the reputational damage something like that can do, never mind the mental issues it can cause.

“Even at Headingley while watching Yorkshire v Notts in a T20 I was verbally abused in the stands which very nearly ended in a fight.”

Madley then reveals the truth behind his sacking.

“I attended a sports day for my daughter. In the years prior to that years event I had joked with parents about not taking part in a parents race… claims back at me that I was scared of losing. All good banter,” he revealed.

“A few months prior to this a former referee, Mark Halsey, had written a newspaper article saying I was making mistakes because I was too fat. The full page and headline of ‘Blobby Bobby’ may seem funny to some but trust me being fat shamed in a national newspaper is not a nice feeling.

“As I sat in my car with my phone in hand a person walked past my car in front of me who had a walking impairment. The next part I am ashamed of. I took a 6 second film, I said nothing.

“I did this in Snapchat which is where I take all of my films that I intend to save to my phone. On the video I wrote, “F**k me I have a chance of winning the parents race this year.

“Out of context I accept this reads shamefully. I accept that. However my intention was that the joke was aimed at myself.

“I sent it as a private text to somebody who I trusted, somebody who had been a huge part of my life for the previous 10 years and who I was on reasonable terms with.”

However, Madley and his ‘friend’ soon got into an argument and the video was anonymously passed on to his employers.

Madley immediately owned up to taking the video and thought he would be given a warning. To his despair, he was sacked instead.

He’s still adamant he didn’t deserve to lose his job and concludes his post by expressing his regret about taking the video.

“I regret taking the video, I regret sending that video and whilst it was a dark humoured joke it was just that. A joke,” he writes.

“I am far from a discriminatory person and yet that is what I am labelled as when you google my name. That hurts. The last 18 months have been mental torture for me.

“I am not proud of that video and as I said I have to live with that for the rest of my life. In context, it was a 6 second video, a dark private joke that cost me my career.

“I will never be able to accept that the decision taken was either necessary nor was it proportionate to the act. I can’t change that now.

“Please don’t think bad of me. I’m a human being who made one mistake, one that many many people have done themselves and not lost everything for. Again, I have to pick those pieces up.”

What an incredible story.