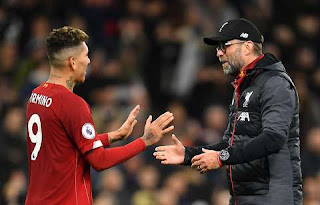 The Reds are now 16 points clear at the summit of the Premier League table after beating Tottenham 1-0 away from home.

Roberto Firmino scored the only goal of the game in what was a dogged performance from Jurgen Klopp’s team.

Spurs had their chances late in the day, but Liverpool managed to seal yet another three points to effectively kill any notion of a title race.

Unless we see the greatest collapse of all time, the Premier League title will be heading to Anfield in May.

And the trophy will likely be heading to Merseyside under historic circumstances, because Liverpool set some crazy new records today.

After claiming their 20th win of the season, the Reds have now made the best start to a season ever in Europe’s top five leagues (20 wins, 1 draw).

They have also now amassed 104 points from their last 38 games (33 wins, 5 draws), which is a new Premier League record.

The previous holder of that accolade? Manchester City’s haul of 100 points in 2017/18, but they lost two games along the way!

Liverpool also set a club record tonight as well, scoring in their 30th consecutive league game, eclipsing the previous record of 29 set in 1957/58, when they were in Division Two.

Any more? Oh yes, because tonight’s clean sheet means Liverpool have delivered six on the bounce for the first time since 2006 under the leadership of Rafa Benitez. 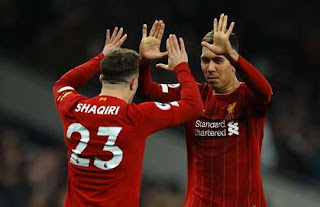 We are witnessing history, ladies and gentlemen.

The eyes of the footballing world will now be eager to see whether Liverpool can go an entire Premier League season unbeaten.

Given the attitude shown by the players and their form, it’s certainly on.