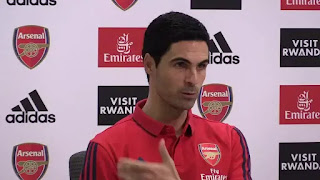 Arsenal head coach, Mikel Arteta, has said the club is working on transfers this month.

Speaking after a 1-0 win over Leeds United in the FA Cup on Monday, the Spaniard, however, refused to give names.

When specifically asked about a potential move for Bayern Munich’s Jerome Boateng, Arteta told Sky Sports: “We don’t talk about any transfers and we are working on a few things.

“When the club has something to say I will let you know.”

It is believed that the Gunners will be looking to do loan deals in January.

Having spent in excess of £130million last summer, Arsenal stretched themselves financially even without Champions League football.

Arteta is seeking defensive reinforcements, with Calum Chambers out for up to nine months.