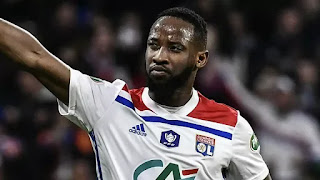 Lyon has said it will not sell their forward, Moussa Dembele to Chelsea or any other European club.

The French Lique 1 side stated this  in a statement on their official website on Thursday.

The statement read: “Olympique Lyonnais have become aware of some media reports suggesting that Moussa Dembélé may be of interest to other clubs during the January transfer window.

“We would like to reaffirm our wish, as we did in the summer of 2019, to keep Moussa Dembélé.

“The club has full confidence in Moussa and is counting on him in particular as we aim to build a successful team for the coming seasons.”

Gutsynaij had reported that Chelsea Manager, Frank Lampard, has reportedly permitted the club’s board to sign Dembele in this January transfer window.

Dembele has been impressive for Lyon since he joined the club from Celtic last year.

He has scored 29 goals in 62 appearances in all competitions for the Ligue 1 side.