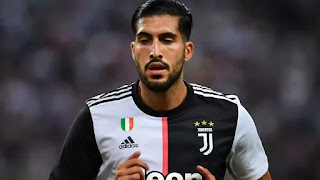 According to ESPN, Man United are looking at Can and Longstaff to help deal with their midfield injury crisis at the club.

The newspaper reports that Man United manager, Ole Gunnar Solskjaer will be backed by the club’s board this window.

Both Pogba and McTominay missed Man United’s 2-0 defeat against Arsenal on Wednesday night.

Can has barely featured for Juventus so far this season, while Longstaff has been impressive for Newcastle United this term.