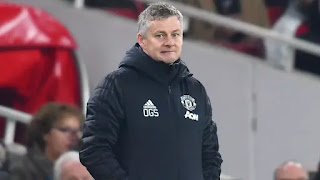 Manchester United manager, Ole Gunnar Solskjaer, has blamed his side’s lack of quality for the 2-0 defeat to Arsenal on New Year Day.

Nicolas Pepe and Sokratis scored for the Gunners, as they claimed their first win under Mikel Arteta.

Solskjaer, speaking to BBC after the game, feels his men started well but lost their way.

“We started decent the first five or six minutes, didn’t capitalise, and then they played really well. They were brighter than us.

“We were too slow in the first half, but that’s credit to them. Some tired heads maybe.

“In the second half, we put them under pressure but couldn’t get the goal. We kept going but the quality wasn’t good enough,” he said