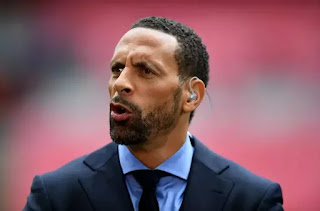 Manchester United legend, Rio Ferdinand has revealed that Arsenal defeated the Red Devils 2-0 in Wednesday’s Premier League encounter because the Gunners were ‘quicker and stronger’ than Ole Gunnar Solskjaer’s side.

He also hailed Arsenal playmaker, Mesut Ozil for his brilliant display against Man United, adding that the ex-Germany international is now happy under manager, Mikel Arteta.

Nicolas Pepe and Sokratis scored for Arsenal against Man United, as they claimed their first win under Arteta at the Emirates Stadium.

Speaking on BT Sport, Ferdinand said: “Arsenal showed a discipline we have not seen on a consistent basis and there is a structure which allows players to be confident. They were quicker and they were stronger.”

Ferdinand added: “Look at that from Ozil, I think that is the first time I’ve seen him smile in 18 months, and that’s because he must be enjoying training.”

Arsenal will battle Crystal Palace in their next Premier League fixture.