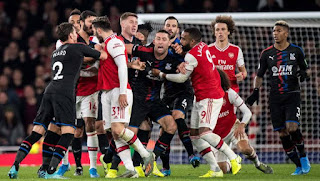 Arsenal make the short trip to Selhurst Park to face Crystal Palace on Saturday afternoon knowing that victory will be enough to move ahead of their hosts in the Premier League table.

As well as having the opportunity to move four points clear of the Gunners, Palace could move into the top six if they prevail in this London derby. 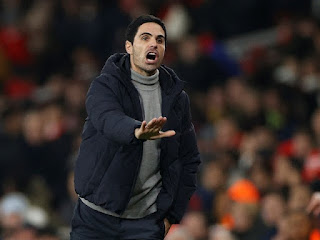 A few weeks ago, Arsenal fans would have felt that it was unrealistic for their side to keep back-to-back clean sheets, as well as continuing to play with a style which is easy on the eye.

However, that is exactly what Mikel Arteta has achieved during his short time at the Emirates Stadium with victories being recorded over Manchester United and Leeds United respectively.

While there were times against Leeds when Arsenal were fortunate to avoid going behind, they rode out the storm before claiming a 1-0 success over the Championship high-flyers.

That result came five days after a dominant 2-0 triumph over Manchester United, which helped the North London outfit move back into the top half of the table.

With Sheffield United and Chelsea to follow the visit to Palace, neither Arteta or his players will be getting carried away with their recent upturn in results and performances, but it feels pivotal that the Spaniard has began his reign by lifting the mood at the club. 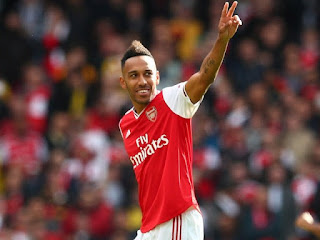 Despite there still being nine points between themselves and fourth-placed Chelsea, achieving a Champions League spot come the end of the season no longer feels impossible, providing that the team can kick on in the coming weeks.

Pierre-Emerick Aubameyang’s public commitment to the cause is also a welcome boost for Arteta, who will naturally have concerns over where the Gabon international sees his future.

Nevertheless, in the short term at least, the captain is capable of producing a scoring run which can help Arsenal creep up the table, and another win on Saturday will leave their rivals looking over their shoulder.

From Palace’s perspective, they have their own opportunity to once again become a factor in the race for the European places, despite winning just once in half-a-dozen outings. 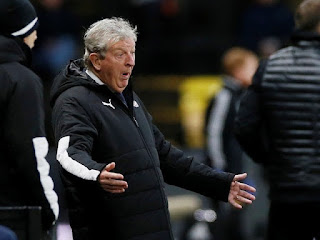 That victory – against West Ham United on Boxing Day – came courtesy of a wonder goal from Jordan Ayew in the closing seconds, highlighting what it has taken for the Eagles to get maximum points on the board of late.

READ ALSO   EplTransfer: Arsenal to pay £42.5million for Ajax’s Ziyech as player is told he can leave

While four draws have also helped their cause, the stalemates have been versus Watford, Brighton & Hove Albion, Southampton and Norwich City, games where they would have been hoping for much more.

Roy Hodgson will feel like his side have missed an opportunity to get themselves among the sides competing with Chelsea for the final Champions League position, with just eight points separating the two teams ahead of the weekend.

That said, had it been offered to him before the start of the campaign, Hodgson would have jumped at the opportunity to be sitting in ninth place heading into the second weekend of January.

When the players take to the pitch on Saturday, there may be some disappointment lingering from the defeat to Derby County in the FA Cup, with Palace now having lost two home cup ties to EFL opposition this season.

In the grand scheme of things, however, it gives Hodgson the chance to prioritise the Premier League at a time when he has seen a number of his first-team squad suffer with injuries.

While that may ease come the weekend, the pressure is on his players to deliver maximum points, especially with a visit to Manchester City coming up seven days later.

Having been restored to the starting lineup in recent games, Mesut Ozil is expected to continue in the number 10 role behind Alexandre Lacazette.

Nicolas Pepe and Aubameyang are likely to take the positions on the flanks, leaving Reiss Nelson to drop down to the substitutes’ bench.

Lucas Torreira should replace Matteo Guendouzi, while Ainsley Maitland-Niles could start at right-back after missing the clash with Leeds.

Palace continue to deal with mounting injury problems, with a lack of options at left-back potentially leading to an outing for Sam Woods.

Hodgson’s options are further limited by the suspension of Luka Milivojevic, who was sent off against Derby last weekend.

On a positive note, Christian Benteke has shaken off a minor injury to make himself available for selection.

Saturday’s fixture will represent the 47th competitive meeting between the two clubs, with Arsenal registering 28 wins in comparison to just five victories for Palace.

However, the Eagles are unbeaten in the last three encounters, which includes a 2-2 draw in last season’s corresponding fixture in October 2018.

Neither team have kept a clean sheet in this head-to-head since Palace prevailed by a 3-0 scoreline in April 2017.