All current Epl club’s best signing of the decade 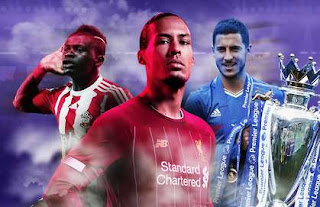 Virgil van Dijk, Eden Hazard and Sadio Mane -Are The three of the best PL signings of the decade

It really has been a decade of lavish spending in the Premier League.

With so much money exchanging hands and players arriving from all over the globe, there was always going to be some absolutely banging signings made.

As such, we’ve decided to have a stab at naming all 20 current Premier League clubs’ best signings of the decade.

To make things more interesting, each arrival occurred when the team was in the Premier League (which was rather difficult for Sheffield United!)

The last true legend of the Arsene Wenger era and he only cost £15m!

Everything Cazorla did in an Arsenal shirt oozed class and the Gunners’ midfield has been woeful ever since the Spaniard left the picture.

Laurent Koscielny, Pierre-Emerick Aubameyang and a select few others have been huge successes, but Cazorla was the elegant Mr. Dependable that Arsenal still sorely miss.

More respect deserves to be put on the Belgian’s name for his stint with Villa.

In his three Premier League seasons with the club, Benteke scored 42 goals and helped keep the club in England’s top-flight.

Unsurprisingly, when the 29-year-old was sold to Liverpool in the summer of 2015, Villa were relegated a year later.

When you make the step from the Championship to the Premier League, having a player that can create goal scoring chances is imperative.

They’re hard to come by, but the Seagulls pulled off a serious coup when they signed Gross in the summer of 2018.

In his 81 Premier League appearances, Gross has scored 11 goals and provided 15 assists, which for a team like Brighton is very, very good going.

Without the signing of King, the serious knee injuries suffered by Callum Wilson would likely have seen the Cherries plummet back into the Championship.

But the Norwegian made sure that didn’t happen, with King notching 16 goals in the 2016/17 season alone.

The fact he cost just £1m from Blackburn Rovers renders him one of the Premier League bargains of the decade as well! 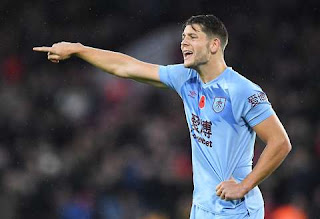 An inspired signing from Championship side Brentford in 2016.

His first season under Sean Dyche saw him limited to substitute appearances, but he’s been a mainstay in Burnley’s backline ever since 2017/18.

Tarkowski has also earned two senior England caps along the way, an impressive feat at one of the Premier League’s smaller clubs.

One of the greatest footballers to ever play for Chelsea.

Hazard just had it all, with his brilliance on the ball, 85 goals and 54 assists helping secure two more Premier League titles for the Blues.
A legend of English football and one of the iconic footballing figures of the decade.

A name regularly assigned to the ‘best player outside the top six’ category after Palace opted to re-sign the Ivorian from Manchester United for just £6m in 2015.

Not the most prolific goal scorer or creator, but his unpredictable dribbling and ability to embarrass defenders is just pure Box Office.

When he finally does depart Selhurst Park, he’s going to make the Eagles a very tidy profit. 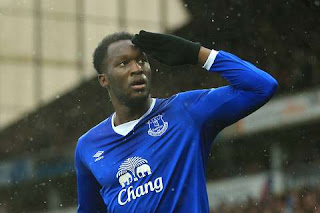 There are two reasons why Lukaku wins here.

One, he scored a heck of a lot of goals for the Toffees, 53 in fact after he moved to Goodsion Park on a permanent basis in 2014.

Secondly, he earned Everton £75m when he moved to Manchester United three years later, a profit of over £40m.

We couldn’t include him for Chelsea, but we simply had to for the Foxes.
The Frenchman’s arrival in the summer of 2015 slipped under the radar but less than 12 months later, his tenacity and brilliance in Leicester’s midfield had helped guide them to the Premier League title.

No player on this list played for their respective club for just a season, but when it comes to Kante, we just had to make the exception.

Arguably the greatest signing in Premier League history and certainly the best of this decade.

Van Dijk has turned Liverpool from top four hopefuls into the unstoppable machine we see in the present day.
His leadership and unfathomable defensive ability are both so immense that his £75m price tag now looks like mere pennies. 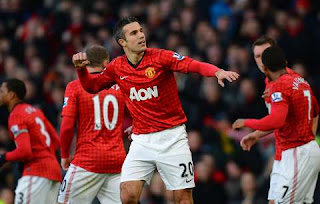 Twenty-six goals, nine assists and a memorable winning goal away at Manchester City, the Dutchman’s signing from Arsenal was a masterstroke of the highest order.

Without the signing of Van Persie, the Sir Alex Ferguson era – the greatest era in United’s history – would not have had the fairytale ending it deserved.

Don’t even try and debate it, Aguero is far and away the greatest goal scorer of this decade.

David Silva, Kevin De Bruyne and Yaya Toure have all been outstanding for the Citizens, but when you score 173 goals in just 253 games, number one spot simply has to be yours.

Aguero is a Premier League legend and there is no doubting he will surpass the 200-goal mark in the years to come.

When Newcastle were threatening the Premier League elite in 2011/12, Cabaye was their conductor-in-chief.

Tyneside had their very own Andrea Pirlo for a brief time, with the Frenchman also scoring 17 goals in just three seasons from his deep-lying playmaker role.
It was no surprise that PSG came calling in January 2014, but Cabaye struggled to replicate his Newcastle form in the French capital.

A permanent fixture in the Canaries setup ever since his move from Rennes in 2012.
Perhaps not the most eye-catching name on this list, but a dependable player and he also scored one of the greatest goals of the decade against Sunderland in 2014.
Can’t remember it? Don’t worry, we’ve got you covered below!

A total flop at Bournemouth, but the Frenchman has finally found his mojo under the guidance of Chris Wilder.

Five goals and three assists in his 16 Premier League games this season is a more than decent return.
The 23-year-old is only going to get better as well.

Now one of the world’s greatest players, but Mane’s stunning career progression all stems from his time with the Saints.

Twenty-one goals and the record for the fastest ever Premier League hat-trick were all delivered by the Senegalese on the south coast.
He then left for Liverpool in 2016, earning the Saints £36m in the process. 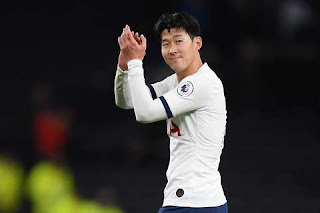 This decade has been Tottenham’s best in the Premier League era, so picking a winner here was pretty darn difficult.
Jan Vertonghen, Toby Alderweireld, Christian Eriksen, Dele Alli, the options were endless, but Spurs have rarely had a more prolific big-game player than Son.
He’s a serial goal scorer as well, but whenever Spurs need someone to come up trumps, the South Korean delivers. He only cost £22m as well!

For a brief period, the Hammers were the Premier League’s dark horses for a Champions League spot and had a player that the rest of Europe were envious of.
Payet evoked the halcyon days of Paolo Di Canio in east London, scoring 11 goals and assisting another 18 in just 48 games.
His departed the club in rather acrimonious circumstances, but his brief time with the Hammers was certainly memorable. 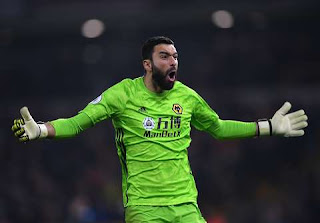 We were initially going with Joao Moutinho here, but signing one of the world’s best goalkeepers after being promoted was an outrageous piece of business by Wolves.
And Patricio has lived up to his reputation in the Black Country, producing world-class saves on a regular basis.

How he wasn’t snapped up by one of Europe’s elite is still baffling.

So many stellar buys and it will be intriguing to see whether the upcoming January window can provide some early candidates for the next ‘buy of the decade’ lists in 10 years time.

A lot of big clubs are in need of reinforcements, so it’s not unfeasible…