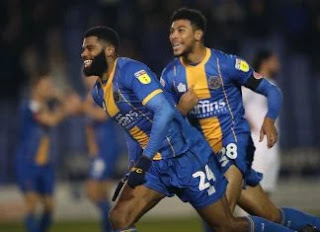 Liverpool have been drawn away to Shrewsbury Town in the fourth round of the FA Cup, with this their first-ever trip to New Meadow.

Shrewsbury booked their place in the next round through a late 1-0 victory over Bristol City on Tuesday night, capitalising on a poor performance from the Championship side.

It marks only the second time they have faced Liverpool in a competitive game, and the first time since 1996 the Reds will be making their way to Shropshire.

Sam Ricketts’ side currently sit 16th in League One, just six points off the playoff places and with only three separating them and 11th-placed Fleetwood Town.

But what else do you need to know about Shrewsbury, and who should Jurgen Klopp be looking out for?

Here’s a quick guide to the Reds’ next FA Cup opponents. 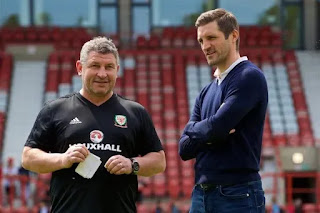 Shrewsbury boast a manager with considerable Premier League experience as a player, with Ricketts making 93 appearances in the top flight in spells with Hull and Bolton.

The 38-year-old retired due to injury in 2016, and after a brief stint with Wrexham the former Wales international was given a major show of faith as he stepped up from the National League to League One.

His first season at New Meadow saw Shrewsbury finish 18th in the third tier, and he has made a host of signings in order to improve their fortunes in 2019/20.

Klopp is only the second current Premier League manager Ricketts has faced off against as a manager, after meeting Nuno Espirito Santo’s Wolves in the FA Cup last season. 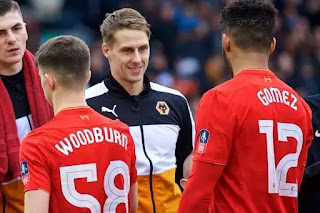 Shrewsbury have a number of recognisable faces in their ranks, perhaps most notably Ricketts’ former Wales team-mate David Edwards.

Edwards played 61 times in the Premier League while at Wolves, and was part of the side that surprised the Reds with a 2-1 win at Anfield in the FA Cup fourth round in 2017.

He was also part of the Luton side that took Liverpool to a replay in the third round in 2008, but will take more experience into this tie, and is a likely starter having made the joint-sixth most appearances so far this season.

Ex-Man United right-back Donald Love has been Shrewsbury’s most-used player this campaign, and could be a vital outlet deployed in a more advanced role in Ricketts’ 3-5-2.

Love left United for Sunderland in 2016, but after struggling for game time at the Stadium of Light made a free transfer to the Shrews last summer, establishing himself as a key figure.

Ricketts can also call upon another former United defender in Ro-Shaun Williams, with the 21-year-old a regular on the right-hand side of his back three.

Shrewsbury have few established goalscorers, with Josh Laurent and Jason Cummings topping the charts with four each, while Edwards is level with Aaron Pierre, Ollie Norburn and Fejiri Okenabirhie on three.

However, 16 different players have found the back of the net so far, with 11 registering an assist–Shaun Whalley is their most creative, with five.

Wigan loanee Callum Lang came through the academy at Liverpool, and was in the stands for the Merseyside derby in the third round. 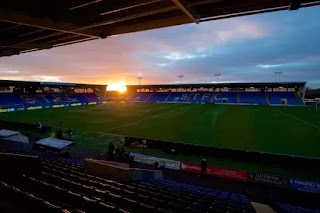 Shrewsbury became the first Football League side to apply for safe standing in 2017, and the following summer the section was complete, with 550 rail seats.

“I think this was something the supporters felt they wanted,” chief executive Brian Caldwell told the Guardian.

“It’s groundbreaking, it’s pioneering, it puts Shrewsbury on the map and we’ve worked really hard to make sure we get it right.” 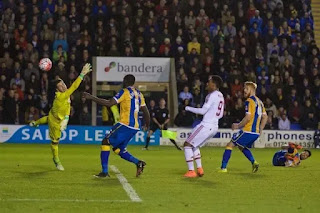 That season saw them progress from the first round, with wins over Gainsborough Trinity, Grimsby Town, Cardiff and Sheffield Wednesday to set up a clash with Man United.

The fairytale ended at New Meadow when Louis van Gaal’s United earned a 3-0 victory in a season in which they lifted the trophy.

Liverpool’s only meeting with Shrewsbury came in the FA Cup fourth round in 1996, with Stan Collymore, Robbie Fowler and Jason McAteer all on the scoresheet in a 4-0 win for Roy Evans’ side.