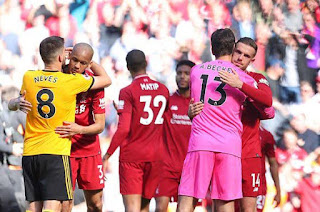 Liverpool looks to be cruising to their first ever Premier League title unmatched.

Jurgen Klopp’s side have won 19 of their 20 matches so far and sit 13 points clear with a game in hand.

In the process, this side have brought up some incredible milestones. They’ve gone a whole year without losing in the Premier League and haven’t lost at home in the league since 23 April 2017.

But the Reds can rewrite history in the remainder of this campaign. In fact, the Premier League official website has revealed the ten records Liverpool can break between now and the end of the season.

If they break all ten, they will probably become the greatest ever side in the Premier League.

Best start ever after 21 matches

It seems a bit arbitrary but if Liverpool beat Tottenham on Saturday, they will break Manchester City’s best start to a season after 21 games. City drew their 21st match during the 2017/18 season to reach 59 points. Liverpool sit on 58 with Spurs to come.

Liverpool have won 11 matches in a row which is seven short of City’s record from August to December 2017. As things stand, the European champions would break that record away to Watford on February 29. 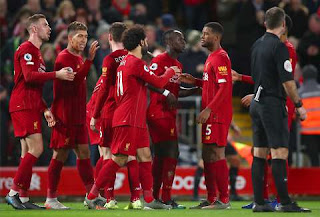 They couldn’t, could they?

The league leaders are currently 37 games unbeaten. The ‘Invincible’ Arsenal record was 49 as they went the entire 2003/04 campaign without losing.

Liverpool are on course to match that tally against Manchester City on 4 April. They could then reach 50 games unbeaten at home to Aston Villa the following week.

Fewest defeats in a season 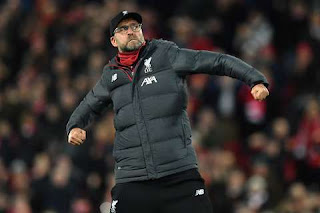 Of course, Liverpool have the chance to equal Arsenal’s unbeaten season.

Most wins in a season

Most points in a season

City obviously hold the record when they reached a century of points in the 2017/18.

Having dropped just two points all season, Liverpool can still reach 112 points. That means they could lose three and draw another and still beat City’s total if they win the remaining 14.

Most home wins in a season 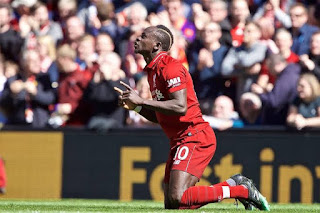 Liverpool have won all 11 at home this campaign so need to win their next eight games at Anfield to be record breakers.

Most away wins in a season

City, once again, hold the record with 16 in the 2017/18 season. Liverpool have won eight of their nine away matches so can only afford to fail to win one more away game if they want to break City’s record. 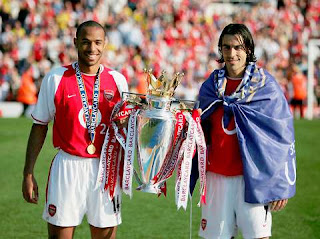 Arsenal went 537 days unbeaten between May 2003 and October 2004. If Liverpool fail to lose for the rest of the season, that record will be surpassed during the summer – 23 June 2020 to be exact.

So, how many of those ten records are Liverpool breaking? The best start after 21 matches seems within their grasp – a victory against Spurs would do it. While victory at home to Man Utd, Southampton and West Ham seems realistic to bring up the most consecutive home wins.

Can they win their next eight matches to break City’s run of most consecutive wins? We’re going to say no. We feel they may have a draw or a shock loss in there somewhere.

Can they go their next 13 matches unbeaten to beat Arsenal’s record? If they can avoid defeat away to City, then they have every chance.

What about becoming ‘Invincible’? It’s possible but, with 18 matches still remaining, we wouldn’t be surprised to see a loss somewhere along the way. The same applies to the longest time unbeaten record.

They’re more than capable of winning 13 from their remaining 18 games to record the most wins in a season, while they’re able to drop 11 points and still break City’s points record. Those two seem likely right now.

They’ve got the potential to become the only side to win all 19 home matches this season having won them all so far. As for away wins, if Liverpool drop points away from home in two matches, they can only equal City’s record of 16.