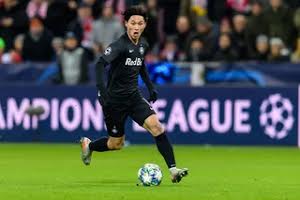 Liverpool are in Qatar but there are happenings back at Melwood today with Takumi Minamino flying in to undergo his medical and complete his transfer, which will officially go through when the transfer window opens in January.

According to reports from multiple sources, from the Paul Joyces of world to The BBC, have the 24-year-old Japanese international on Merseyside today to clear the final hurdle ahead of his mid-season move to the Premier League.

It’s an early medical given there are still two weeks to go in 2019, but it’s made possible by the fact that the Austrian Bundesliga are now on their winter break—in fact, Red Bull Salzburg aren’t set to play again until February.

In Minamino, Liverpool will get a hard working, technical player for a fee of just £7.25M—his release clause—with experience in a high press system not dissimilar to Jürgen Klopp’s red crushing machine, which should ease his transition.

They will also be getting a player who can do a job anywhere in attack, from false nine to the wing to a traditional ten or attacking midfielder. That versatility appears a key factor in his signing—and should ensure he gets minutes.