Liverpool vs Sheffield Preview: Naby To Start? Possible Lineup, Team News, Where to Watch & Kick Off. 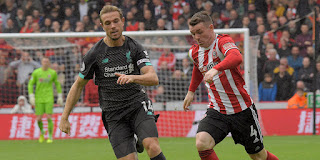 ​The reds will be looking to maintain their stranglehold on the Premier League in 2020 as they host Chris Wilder’s Sheffield United on Thursday night.

Jurgen Klopp, so far, has expertly pushed through the hectic Christmas period without a key DM in Fabinho.

In December, the Reds secured qualification into the Champions League knockout phases, won the Club World Cup and won all five Premier League of their fixtures – including a 4-0 win at Leicester, arguably their most impressive victory of the campaign thus far. 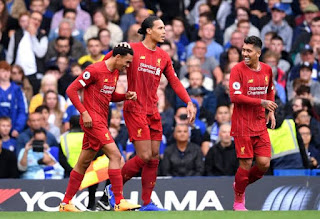 Liverpool’s dominance has seen them stretch their lead at the top of the league table to 13 points with a game in hand, but the Blades will undoubtedly prove to be a stern test for Klopp’s men.

Read Also: Completing a calendar year unbeaten would be a ‘massive’ achievement – Robertson

The newly-promoted Sheffield currently sit eighth in the table and just six points off the top four. Their wonderful recruitment, cohesive nature and Wilder’s management have been major factors in their early success this season.

Liverpool Team News
​
Fabinho is believed to be doing well in his rehabilitation from an ankle injury and is expected to return later this month. Nathaniel Clyne, meanwhile, is still a long way off full fitness after suffering a serious knee injury earlier on this season.

There is hope that Joel Matip and Xherdan Shaqiri will both be available for the trip to Spurs in ten days, but Alex Oxlade-Chamberlain and Dejan Lovren are both likely to be out until February with respective ankle and thigh injuries. 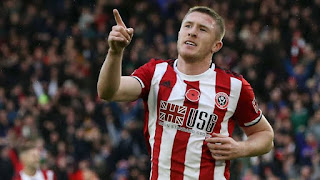 Sheffield United, meanwhile, have a fully fit squad ahead of this one with John Lundstram expected to return after missing the trip to the Etihad with a foot issue.

Latest: Yes I got calls from A Few Clubs, But I have no Regrets I Chose Liverpool – Klopp on Joining PSG

​Liverpool won the reverse fixture against Sheffield United 1-0, and are looking to do the league double over the Blades for the first time since the 1990/91 campaign. 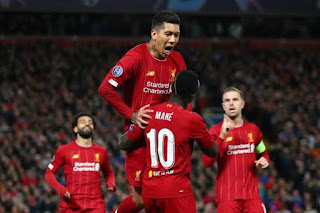 The Blades have won just one of their last 13 away games against Liverpool in all competitions, picking up a 2-1 win in the Premier League in April 1994.

Jurgen Klopp’s side lost just one Premier League match in 2019 – their first outing of the year, away at Manchester City.

United have beaten Liverpool on 45 occasions in their history, but their opponents have had the better of it and sit 15 victories ahead in the overall standings.

The Reds have come out on top in the last four meetings, with the Blades failing to beat Liverpool since a 2-1 victory in the League Cup back in 2003.

The reverse fixture earlier this season saw Thursday’s visitors run the table-toppers close. However, a tame Gini Wijnaldum strike which went through Dean Henderson was enough to give Klopp’s men the win at Bramall Lane.

If there was a period for Liverpool to slip up, it would’ve been the chaotic festive schedule, but Liverpool have come out of it unscathed up to this point.

A confident Wolves side ensured they had to work for their VAR-inspired 1-0 win last time out after their 4-0 mauling of Leicester at the King Power on Boxing Day. Switches of play from flank to flank simply murdered the Foxes’ press, with Trent Alexander-Arnold running the game from right-back – finishing the game with two assists and a goal.

While on occasions this season they’ve looked sub-par and have scraped past inferior opposition, the win at Leicester showed how good Klopp’s side are. They’re one of the best teams of the modern era, a pure combination of Pep Guardiola’s tiki-taka Barcelona and Klopp’s ‘gegenpressing’ Dortmund who have turned into relentless winners.

Sheffield United, however, will be no pushovers. The Blades have lost just one away from home this season and Wilder’s system has often stifled the league’s big boys. They were the better side in the first half at City last time out before strikes by Sergio Aguero and Kevin de Bruyne gifted the Citizens a 2-0 win.

Before that, the Blades were held to a disappointing 1-1 draw at home to a rejuvenated Watford side. Gerard Deulofeu opened the scoring after being fed in behind Wilder’s back three before an Ollie Norwood penalty later on in the opening period levelled things up.