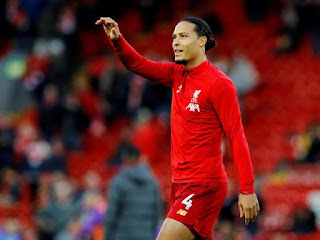 The Reds have the chance to add a first Club World Cup crown to their extensive honours list when they take on Flamengo in the final of the competition at the Khalifa International Stadium in Doha on Saturday.

Jurgen Klopp’s side needed a last-minute goal to edge past Monterrey in the semi-final on Wednesday, whereas Flamengo came from behind to beat Al-Hilal in their last-four tie.

History beckons for one of these sides on Saturday as they both look to claim their first Club World Cup title and be officially crowned the best team on the planet.

Many will feel that Liverpool have that unofficial status already following their Champions League glory and Premier League domination so far this term, but Flamengo are out to prove that South American teams can challenge the increasing supremacy of those from Europe.

The European representatives have won each of the last six editions of the Club World Cup, although the most recent exception did pit a Brazilian team against an English one as Corinthians beat Chelsea in the 2012 final.

No English team has won the trophy since 2008, with Liverpool themselves losing to Sao Paulo in 2005, but it is Klopp’s side that will go into this final as favourites, despite their largely unconvincing display against Monterrey on Wednesday. 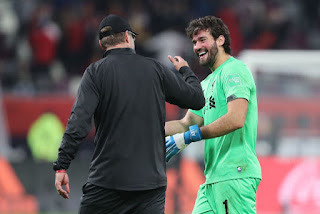 The Reds needed Alisson Becker on top form to keep the Mexican outfit at bay until Roberto Firmino’s last-gasp winner, which was greeted with an equal measure of delight and relief at avoiding extra time in an already hectic December fixture schedule.

Liverpool have already been forced to sacrifice one tournament by fielding their youngest-ever side against Aston Villa for the EFL Cup quarter-final, leaving their Under-23 team behind while the senior squad travelled out to Qatar.

The 5-0 defeat those youngsters suffered will officially go down on Liverpool’s record as their second loss of the season, although it should come with an asterisk and the senior group of players come into this match unbeaten in 20 outings across all competitions, including 18 wins. 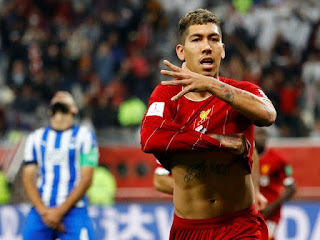 Many of those wins have been in similar fashion to Wednesday’s over Monterrey, with Liverpool not at their best but scoring late to secure the victory, although in Flamengo they come up against a team with a winning habit of their own.

The Brazilian outfit have won 25 and lost just one of their last 31 matches across all competitions, the most significant of which saw them launch a Liverpool-esque late comeback to beat holders River Plate in the Copa Libertadores final last month.

It was the first time since 1981 that they had been crowned champions of South America, and victory at the Club World Cup would cap an unforgettable year which also saw them claim their first Brazilian Serie A title in a decade.

Jorge Jesus’s side finished 16 points clear of their closest rivals in the league despite a 4-0 defeat to Santos on the final day, so they are genuine contenders to challenge Liverpool for the title of world’s best.

The concern for Flamengo is that Liverpool are exactly the type of team who cause them problems; there are not many weaknesses in the Brazilian outfit, but they do tend to struggle against a high press and against pacy attackers, both of which are key elements of Liverpool’s play.

The Reds have bigger priorities at the moment, though, and while Flamengo’s domestic season is now over, Klopp’s side may have one eye on the result of Manchester City vs. Leicester City, with their two closest Premier League rivals facing off at the same time as this game on Saturday evening.

The carrot of being crowned the best team in the world is undoubtedly alluring, but for Liverpool they may be fairly content if they arrive home with no new injury concerns ahead of their Boxing Day showdown with Leicester.

Virgil van Dijk was Liverpool’s most noticeable absentee from the semi-final after being struck down by illness, forcing Jordan Henderson into an unfamiliar centre-back role.

Sepp van den Berg is one of three youngsters to have joined up with the squad ahead of the final and should provide extra cover in defence with Klopp unwilling to take any risks over key players, although the fact that it was illness rather than injury means that Van Dijk could be back in contention for Saturday.

Sadio Mane, Trent Alexander-Arnold and Firmino all came off the bench against Monterrey and could start this weekend as part of Klopp’s rotation, although there will be a public clamour for Mohamed Salah to keep his starting role too. 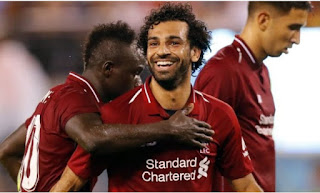 Naby Keita will be hopeful of keeping his midfield starting spot after opening the scoring on Wednesday, but Adam Lallana could drop out if Henderson is freed from centre-back duties.

Flamengo have no new injury concerns after their own semi-final and could name an unchanged side for this one, including former Bayern Munich full-back Rafinha and Chelsea defender Filipe Luis.

Inter Milan loanee Gabriel Barbosa will lead the line again, having recently revealed his intention to leave the Italian club on a permanent basis and admitted that he would relish the chance to join Liverpool.