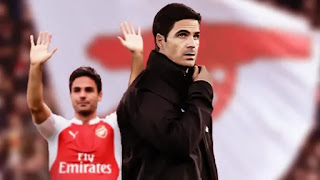 Arsenal have listed up to seven players, that may not feature in Sunday’s Premier League clash against Chelsea.

The Gunners host the Blues, as Mikel Arteta seeks to claim his first win in charge.

However, Arteta may have to achieve that without several key squad members.

An official injury update from the club today, read: “Hector Bellerin: Tight right hamstring. Being assessed ahead of Chelsea (h).

“Dani Ceballos: Back in full training (from hamstring). Being assessed ahead of Chelsea (h).

“Rob Holding: Back in full training (from knee). Being assessed ahead of Chelsea (h).

“Sokratis: Concussion. Sustained during Bournemouth (a). Will miss Chelsea (h) and will be managed as per concussion protocols.

“Kieran Tierney: Right shoulder. Dislocated right shoulder. Kieran has had successful surgery and will now rehabilitate for around three months, aiming to return to full training in March.”