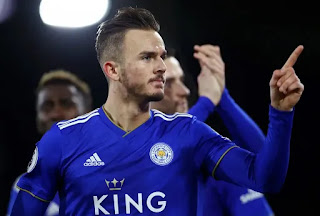 Maddison is also said to be edging closer to renewing his contract at King Power Stadium which may complicate any deal United are trying.

United boss, Ole Gunnar Solskjaer is said to believe that even if the playmaker renews his contract at Leicester, it won’t be difficult for United to sign him.

Woodward and Solskjaer are agreement over the 23 year old’s transfer and so that smoothes matters out greatly.

Daily Star reports that Woodward is willing to make the Maddison transfer happen for Solskjaer next summer despite the deal potentially costing £80m.

United fans will be hoping this transfer goes better than the Harry Maguire one.

The England international has been in fantastic form this season for the Foxes.