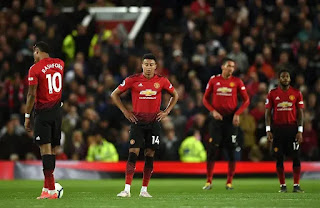 Manchester United defender, Chris Smalling has reportedly decided to leave the club for good at the end of the season.

Smalling is currently on loan at Italian side AS Roma and has impressed with a string of solid performances at the heart of the defence.

He has two-and-a-half years left on his contract at United.

The England international left Old Trafford in the summer after United brought in Harry Maguire from Leicester.

Ole Gunnar Solskjaer intended to go into the season with Maguire, Victor Lindelof, Axel Tuanzebe and Phil Jones as his four central defenders.