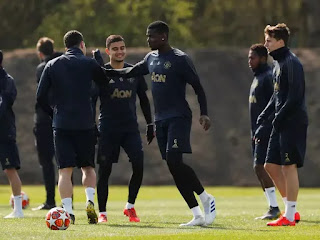 Manchester United could be without Scott McTominay for up to eight weeks, after scans confirmed injured knee ligaments, SportsMail reports.

The news will be a big blow to manager Ole Gunnar Solskjaer, especially after Paul Pogba complained of a reaction to his foot injury, which makes him a doubt for Wednesday’s trip to Arsenal.

Solskjaer had originally hoped McTominay would be out for just four weeks.

However, United’s medical team have provided a more pessimistic diagnosis.

Solskjaer will now look to pick his midfield three from Nemanja Matic, Fred and Andreas Perreira against the Gunners.