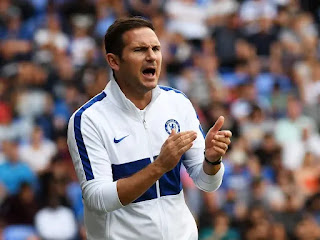 The Englishman wants to bring Jadon Sancho, Timo Werner and Wilfried to Stamford Bridge in the January transfer window, according to the Express, UK

The former midfielder has received a £150million transfer budget for January, which also includes signing of Real Madrid forward, Isco.

With Chelsea’s transfer ban having been halved by CAS Lampard is now free to spend heavily next month.

Zaha failed in an attempt to force a move to Arsenal during the summer and remains eager to join a big club.

Chelsea are also keen on signing Bundesliga duo Werner and Sancho with the latter a target for a host of top European clubs.

Dortmund will demand nothing less than £100 million for 19-year-old Sancho.