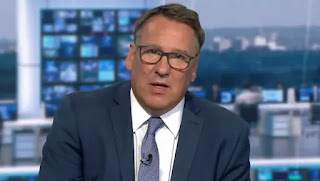 Arsenal hero, Paul Merson has predicted where Chelsea and Manchester United will finish in the Premier League table under their managers, Frank Lampard and Ole Gunnar Solskjaer this season.

Chelsea are currently in fourth position on the Premier League table with 29 points from 16 games, while Man United are in fifth place with 26 points from the same number of games.

Writing in his column for Sky Sports, Merson said: “Can Manchester United catch Chelsea in fourth? 100 per cent! There’s a long way to go.

“Chelsea are a young side and are going to have their ups and downs.

“Spurs aren’t going to be far away either now Jose Mourinho has been appointed.

“You’ve got Chelsea, Arsenal, Tottenham, Manchester United, four big football clubs, vying for what looks to be one spot in the top four.”