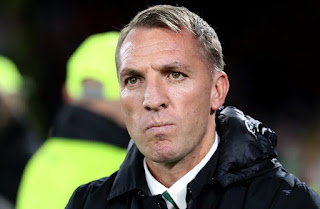 Leicester City boss, Brendan Rodgers, has said that he will be the manager to end Liverpool’s Premier League unbeaten run when both sides clash on Thursday

Liverpool are chasing their first title for 30 years and are 10 points clear at the top.

The Reds are close to going a year unbeaten in the Premier League having lost just once since January.

Their last defeat came on January 3, losing 2-1 at Manchester City, but with the Foxes their closest Premier League challenger – despite the 10-point gap – Rodgers wants to end Liverpool’s run.

Jurgen Klopp’s side won the Club World Cup on Saturday, beating Flamengo 1-0 in Qatar, having won the Champions League for the sixth time in June.

Rodgers said, “I think at Liverpool when you haven’t won it in the Premier League era then that is one that is always the one that is missing.

“They have won the Champions League a few times now in the last decade of time but haven’t won the league in that period of time.

“Of course that is a big draw. It is a sign of consistency and a sign you are the best team over 38 games.

“If you have won the league then you are rightly the best team. That is the accolade all the top teams want to achieve.

“The idea first is to get three points. You know they’re a very resilient team.

“You know as a coach it’s going to end at some time so why not be the team that tries to do it? That’s the whole idea.

“They have shown if they’re (not) playing at their best they still get the results somehow, that’s always the mark of a team with a winning mentality, especially when it’s consistent.

“But you know it’s going to end and you want to be the team who can go out there and achieve that. For us, it’s not about the record but getting the three points and get to our 40-point mark.”