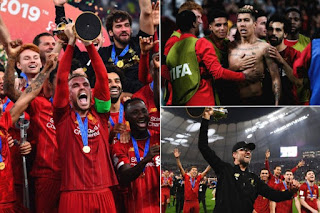 According to Jurgen Klopp the only word he could use to summarise Liverpool’s remarkable 2019 is “wow” as he described himself as the “luckiest man alive”.

Liverpool were crowned champions of Europe for a sixth time with a 2-0 win over domestic rivals Tottenham in June’s Champions League final. 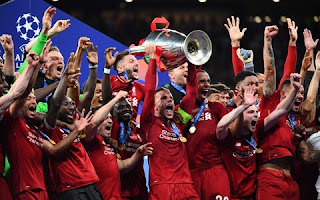 A last minute 2018-19 title race saw Liverpool miss out on Premier League glory by just a solitary point to Manchester City but Klopp’s men are 10 clear with a game in hand as they aim to go one better this time around.

Liverpool also added Super Cup and Club World Cup glory trophies to their collection under Klopp, who – while saying he is not a man to look back – reflected on a proud 12 months and described his players as “mentality monsters”. 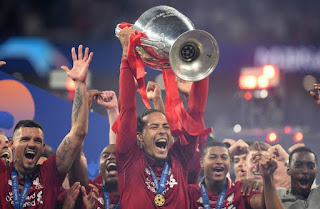 “It is, naturally, a time to briefly reflect on an incredible year for these boys, this club and, of course, our supporters,” Klopp wrote in a message to fans on the club’s official website.

“I think you know me well enough by now, I am not a guy for looking back, not when there is work to do. But how can I ignore what we have all experienced in this year?

“I have just one word for it: wow.

“I am so proud of many things. Of course, firstly for everyone to have the chance to celebrate Liverpool being trophy winners once again.

“For as long as I live, I will never forget that night in Madrid and the following day in Liverpool as we brought the Champions League home. I remember I once said the city would ‘explode’ when we won a trophy, but I think I even may have underestimated it a bit. Those scenes…I cannot even think of them now without getting goose bumps.

“That day, you made us go through every kind of emotion and when I looked people in the eye from up on that bus, it reinforced what I’ve known since October 8, 2015 – I am the luckiest man alive to be a part of this football club, a part of this special family.

“That we were also able to follow the Champions League up with two more trophies, the Super Cup and the FIFA Club World Cup, as well as producing week after week in the Premier League, says everything about these boys.

“Seriously, I could not be any prouder than I am to be the manager of these players.

“Of course, this was never truer than that night against Barcelona at Anfield when they went beyond 100 per cent, they pushed themselves to their absolute maximum and then more, and delivered something special.”