Wenger To Be Named Next Bayern Munich Manager 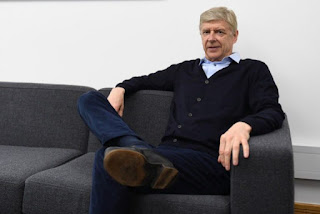 Arsène Wenger has emerged as the heavy favourite to replace Niko Kovac as Bayern Munich’s manager after Ralf Rangnick ruled himself out.

Bayern have made the Frenchman their No 1 target to take charge for the rest of the season before considering who will take over long term.

Rangnick and Wenger had been the club’s top two alternatives after the sacking of Kovac on Sunday following the 5-1 drubbing by Eintracht Frankfurt.

The agent of the 61-year-old German, Marc Kosicke, said on Wednesday, however, that his client was not interested in the Bayern job. “No, Ralf Rangnick is not available,” he said. “We do not believe that what Ralf Rangnick brings is currently being sought after by Bayern. And that’s why it makes no sense to hold concrete talks.”

Rangnick, who is head of sport and development at Red Bull, is said to be interested in working in England if he leaves his post.

Bayern, meanwhile, are expected to start negotiations with Wenger this week, with the Frenchman having said on beIN sport recently that he would be interested in taking over.

The Bundesliga club would give the 70-year-old Frenchman a contract until the end of the season before exploring other options.