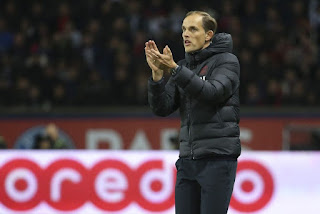 Paris Saints-Germain manager, Thomas Tuchel has insisted that he has no interest in leaving the club to replace Niko Kovac as head coach at Bayern Munich.

Tuchel, who has been linked with a move to the Bundesliga champions in recent days, said this ahead of PSG’s UEFA Champions League clash against Club Brugge on Wednesday night.

Gutsynaij  had reported on Sunday that Bayern Munich sacked Kovac as their manager after their 5-1 defeat to Eintracht Frankfurt in the Bundesliga over the weekend.

Asked about reports linking him with a move to Bayern, Tuchel was quoted by beIN SPORTS as saying in his pre-match press conference at Parc des Princes: “It doesn’t interest me because I am the PSG coach right now.