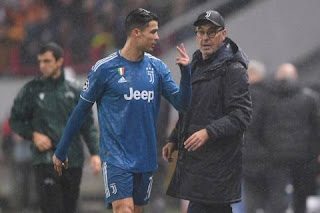 Juventus manager, Maurizio Sarri has disclosed that Cristiano Ronaldo was angry during his side’s UEFA Champions League 2-1 win over Lokomotiv Moscow because he was not doing very well. 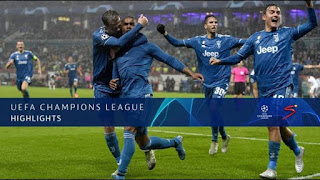 However, Aleksei Miranchuk did score a goal for Lokomotiv Moscow

“Ronaldo was angry because he’s not doing very well, he’s had a knee problem for a few days and the adductor is easily fatigued,” Sarri told Sky Sport Italia.
“Already at the end of the first half he was nervous because of the adductor, I saw him in difficulty in a sprint and I did not want to risk it.”

Sarri added: “We did not have one of our best performances, we left room for the many counter attacks of our opponents and we knew that they would play a game of this type.