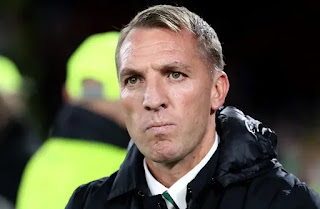 Leicester City boss, Brendan Rodgers has said that Liverpool failed to fully back him in the transfer market during his time at the club.

Rodgers came close to helping the Reds win the Premier League title in the 2013-14 season and was named LMA Manager of the Year for that campaign.

But the 46-year-old was sacked in October 2015 after a poor start to the season at Anfield.

As Liverpool manager, Rodgers was only able to signed Mamadou Sakho for £15 million, Dejan Lovren for £20m, Nathaniel Clyne for £15m and also spent £9m on goalkeeper Simon Mignolet.

Rodgers said he did not have the quality of defenders he needed to be successful at Anfield and has highlighted that Liverpool have since invested ‘a lot of money’ to improve Jurgen Klopp’s options at the back.

“I think if you look when I was in Scotland [with Celtic] we had defensive records as well,’ Rodgers said after Leicester City’s 2-0 win over Arsenal on Saturday.

“At Liverpool, of course we were very good going forward, you have to ask did I have the players to defend how we’d want to defend?

READ ALSO   Must Read! Nike, Anfield and the next level of Liverpool's financial transformation under FSG

“I think now at Liverpool they obviously invest a lot of money to get those types of players in.

“Here, I’ve got a top-level centre-half in Jonny Evans, a young player in Caglar [Soyuncu] beside him who’s amazing. We’ve got a top European goalkeeper.”