Mourinho reveals why Liverpool, Man City are ahead of Chelsea, Man Utd, others

Former Chelsea and Manchester United manager, Jose Mourinho, as revealed that Manchester City and Liverpool are ahead of their rivals in the English Premier League (EPL) because of the structures of the two club 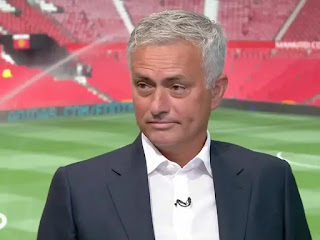 Man City won the Premier League in the last two seasons, while Liverpool are currently in pole position to win the English top-flight league this campaign.

Speaking on Liverpool and Man City’s impressive season so far, Mourinho told The Telegraph: “I think the structure of the clubs.

“When you look at City, for example: the owner, Ferran Soriano [chief executive], Txiki Begiristain [director of football], Pep Guardiola, Pep’s staff and then the players.