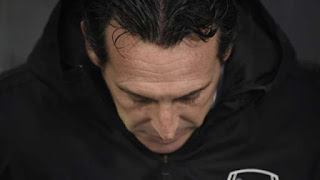 Unai Emery has been left in “limbo” at Arsenal by mismanagement and poor recruitment calls, says Matthew Upson, with the Spaniard losing the support of those in his squad.

Talk of another change in the dugout at Emirates Stadium continues to build.

The Gunners have not made the progress expected under Emery when appointing him as Arsene Wenger’s successor in the summer of 2018.

“I was at Leicester and I saw a really poor performance from Arsenal [in the 2-0 defeat].

“It was almost like they tried to cater to not get beat at Leicester who were on top form, and this is Arsenal, and never really got any kind of grip of the game.”

Struggles away from home have been holding Arsenal back for a while, with a reversal at Leicester merely another example of that.

Righting those wrongs is proving difficult, with Emery facing accusations of having lost the dressing room.

He has been publicly backed by the Gunners board, but questions are being asked of his ability to inspire a supposedly star-studded squad.

Upson added when asked if certain players have given up on the current coach amid regular calls for change: “Maybe, maybe that’s the case, maybe there’s already a loss of belief or whatever it may be in the manager.

“He came to the club Emery and he tried to change things, he tried to be more disciplined.

“Again you have to look at the recruitment don’t you. To spend what they have spent on an attacking wide player, with the other issues that need to be addressed in the team.

“I thought he had a decent first season. At the end of last season, you thought ‘[You’ve got] this summer now but you have to make progress this season’ and I don’t think they have.”

Arsenal invested a club record £72 million ($93m) in Nicolas Pepe over the summer, but have seen little return on that deal, while the likes of David Luiz and Kieran Tierney are still finding their feet in new surroundings