Frank Lampard has been having his post match press conference after the Watford game, talking the press through what was an important win for the team. 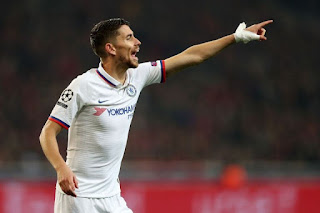 One negative from the game was Jorginho’s late booking, which will see him miss our next game. The midfielder has been in need of a rest anyway, having started every game since the last international break, where he played twice for Italy, so it comes at a decent time for him.

Lampard said “it’s a blow” but even he added that the midfielder has played a lot.
The former Napoli man has been in great form for us, but if you’ve got to be forced to sit out a match, one at home against Crystal Palace when you need a rest is probably as good as it gets.

The team should be able to cope without him, and it might actually provide a perfect spot for N’Golo Kante to return to action.
Whether or not next weekend comes too soon for the Frenchman we don’t know, but what is certain is that the team will be weaker without Jorginho