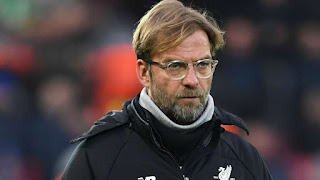 Emery was dismissed on Friday morning, a day after the Gunners lost 2-1 to Frankfurt in the Europa League.

Klopp, speaking during his Friday press conference, said: “I was surprised. It’s how the football world is.

“The board obviously decided they were not happy and they made the decision.
“I wish him all the best, he is an outstanding manager.

“He will be fine, I am sure he had big ambitions but it didn’t work out.”
Arsenal have appointed former winger, Freddie Ljunberg, on an interim basis.