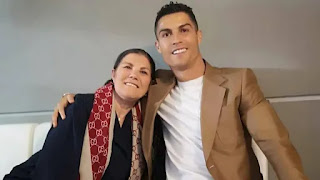 Cristiano Ronaldo’s mother, Dolores Aveiro, has blamed a “football mafia” for her son’s failure to win the Ballon D’Or.

However, the Portugal captain was denied a sixth trophy last year, when he finished second to ex-Real Madrid team-mate Luka Modric.

“If there wasn’t a football mafia, my son would have more [individual] international trophies. If you see everything that happened, you will realise that it is the mafia.

“If he was Spanish or English they would not do what they did to him. But since he’s Portuguese and from Madeira… well, this happens.”

Ronaldo is one of the favourites to win this year’s award, though Messi and Liverpool stars Virgil van Dijk and Sadio Mane are also seen as top contenders.