Unai Emery to be sacked next as Spurs appoint Mourinho 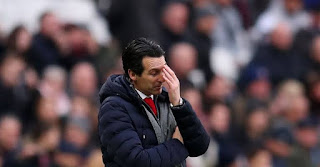 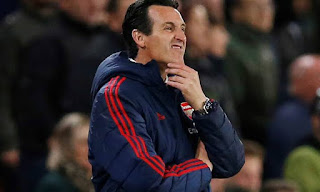 Arsenal manager, Unai Emery, is the bookies’ favourite to lose his job next after Tottenham Hotspur replaced Mauricio Pochettino with Jose Mourinho,

Both North London clubs have struggled so far this season, but Spurs have acted quickly after falling to 14th place.

It now leaves Emery as the man most likely to be dismissed, following a run of two wins in 10 Premier League games.

Arsenal were beaten 2-0 by Leicester City before the international break and face Southampton on Saturday.

The Gunners go into that fixture already eight points off Champions League places. Anything less than a win will see Emery’s future coming under the spotlight again