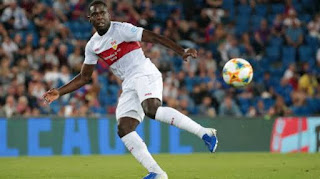 With Granit Xhaka currently out of favour and Lucas Torreira allegedly unsettled in north London, Unai Emery has been left to consider potential replacements.

According to HLN, Mangala has been placed on the club’s shortlist of possible incomings for January or next summer.

The 21-year-old has been a regular for Stuttgart this season, with seven starts and four substitute outings coming in Germany’s second tier.

However, it is claimed that Lille, Lyon, Marseille and Roma are also monitoring the development of the Belgium Under-21 international, who could cost as much as £26m.