Ballon D’Or: Villas-Boas on the only player that’ll take over from Messi, Ronaldo 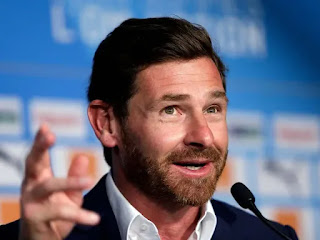 Mbappe, who came fourth in last year’s Ballon d’ Or, is among the 30-man shortlist for this year’s Europe top individual prize alongside Messi and Ronaldo.

The France international has scored six goals and assisted four in eight appearances for PSG this term.

“Mbappe is the natural successor of Lionel Messi and Cristiano Ronaldo for the Ballon d’Or,” Villas-Boas was quoted by Goal as telling reporters ahead of Maseille’s clash against PSG in Ligue 1 on Sunday.

“The squad PSG have is incredible, it’s also well put together this year. [Mauro] Icardi has adapted well.

“With the injuries to [Thomas] Meunier and [Ander] Herrera, I do not know what [Thomas] Tuchel is going to do. He also has [Angel] Di Maria, who is in incredible form.

“The difference between the two teams is gigantic, but we aren’t going to Paris to be part of a PSG party. We are going to try and win the game. You have to sweat for the badge but it is also important to finish the match without any injuries or suspensions.”